Sculptor Ian Munday’s almost lifelong obsession with the music of John Martyn spawned a heartfelt tribute exhibition. Solid Air, in Hobart in 2010, the year after the musician’s death.

And now, more than a decade later, Munday has launched a follow-up exhibition, Working Through Solid Air, which is on show at the Moonah Arts Centre.

“When John Martyn died in 2009 I just started making artworks inspired by his music, I felt this urge to respond to the news in some kind of creative way.”

John Martyn was a British musician who released 23 studio albums in a career spanning more than 40 years, his music always experimental and spanning numerous genres, including folk, jazz and pop.

Kingston-based Munday first heard Martyn’s music when he was 18 and was infatuated with it, saying the music is frequently playing in the background as he works in his studio.

“John Martyn isn’t a household name by any means, but he always really appealed to me. He was highly respected, a musician’s musician in a way. He even had the likes of Eric Clapton saying ‘this guy was so far ahead of us’.”

Born in Melbourne, Munday, 61, studied art in Launceston before eventually becoming a tutor in sculpture at the University of Tasmania.

Despite spending 30 years of his life primarily helping others to produce and perfect their own work, he says he has always found time for working on his own in the background.

Each artwork in Working Through Solid Air bears the name of a John Martyn song.
Munday says the artworks in this exhibition, just like in 2010s Solid Air, are not directly referential to the music or lyrics, but rather are inspired by the mood or feel of each song.

“I suppose it’s a sort of ambience I’m trying to create, rather than explicitly looking at the lyrics.” he says.

“As a viewer, if you seek out Martyn’s back catalogue and listen to these tracks, you might pick up on the references, though.”

The artworks are broadly sculptural. some taking the form of carved reliefs and collage.

There is one song that Munday has never rendered as an artwork, though, and that is Solid Air, the namesake of both shows.

“Solid Air is both an album title and the name of a song and it was maybe his most memorable piece of music,” Munday says.

“I haven’t had it in me to actually produce that one. It’s something so heartfelt and special, I’d want to get it absolutely perfect.”

Working Through Solid Air, by Ian Munday, is now on show at the Moonah Arts Centre, 23-27 Albert Rd, Moonah, until July 31.

Up To Date With John Martyn 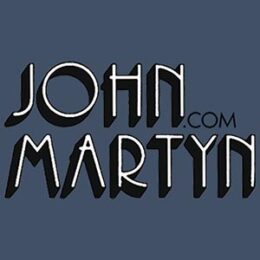