Tales From A JM Fan 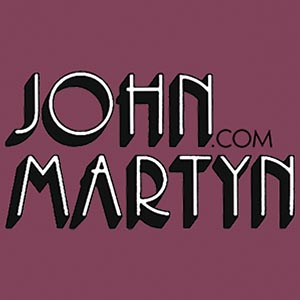 Tales from a John Martyn fan.

I saw John seventeen times, the first time at Reading Festival in 1973 and the last at The Royal Albert Hall in 2007. Three times with Danny Thompson, twice with Danny and John Stevens, twice solo and ten times with his band.

My collection includes 71 cd albums and some vinyl, plus bootleg tapes and CDs, DVDs, and a small amount of memorabilia.

Am the proud owner of Live At Leeds number 235 signed God bless you Martyn. Started trading Bootleg tapes in 1987, one of the traders was Lee Barry whose fanzine Well Kept Secret I later subscribed to.

John played at The Hexagon in Reading 23.5.90. A friend of mine a very big Free fan asked if I could get John to sign a 10 x 8 of John and Paul Kossoff on stage at Leeds. My wife and I met John outside after the show he signed some albums for me then said he could not sign the photograph as he wanted it for himself. Well I said I’m very sorry it’s not mine to give away, give me an address and I will post you a copy, he gave me his address in Scotland. I got a copy and negative and posted a framed copy to him. Talking to John that evening he said he had the opportunity to purchase Paul’s guitar, but had to pass on it as the price was £2000 and he did not have that much money.

Later that year Volker Bredebusch (R.I.P.) wrote to me saying he had seen the photograph at John’s house and could he have a copy. He enclosed soundboard cassette tapes of John at Amsterdam Paradiso 25.6.90 and explained he ran Big Muff road management and concert promotions. I posted a thank you letter and the negative to him.

Well that leads me on to The Half Moon in London. John was playing there on 18.8.92 I phoned for tickets to be told you can only buy them in person, so on the day we drive to the pub to be told its sold out, but I phoned, the bar man replied I said its sold out ! As we had gone up in the afternoon I said to my wife right lets find the stage door and find John. We find the stage door and low and behold a people carrier pulls up behind us and out gets John and the band. Have a chat to John and say we have driven up from Reading, he replies and we have driven from Scotland. I ask if he can get us in we are willing to pay, he replies sorry no way. So I then said I did not want to pull this one but the photo on your mantlepiece it’s me that sent it. Well why did you not say at the start, put him on the guest list. That night we walk into the pub and approach the hall doors, on the door is the bar man, it gave us great pleasure in saying we have not got tickets we are on the guest list, mate.

John played The Hexagon again on 19.2.93. my friend who had supplied the photograph was getting married. So we found John in the bar ! He signed a copy of Couldn’t Love You More “To Jacqui and Colin on your wedding day John Martyn”

Henley Town Hall 27.11.94. I ask the soundman at the back of the hall if he will pop a tape in for Volker he said I have to ask John. Next minute in walks John, he would not agree and when he had gone the soundman tells me he is not in a good mood as he tried to jump a fence and has broken some ribs.

Saw John on his 95 tour but failed to get a Snoo CD. Wrote to John and he posted me a copy saying that the T Shirt was £10 and the cd was free at the gig. So the enclosed CD was free.

In 2001 we had a holiday in Edinburgh on the drive up could not resist doing a small detour to see the Church with One Bell. With much protesting from the wife and kids.

On holiday in Sussex in 2009 went to Hastings and went to look at where John lived. When we walked up to the house the owner was outside repairing the window sill. He said do you know who used to live here ? Oh yes we replied and he went on to say he had been told many stories by the people of Hastings about John. I expect they were very good stories but we made our way back home.

After John had passed it took me a very long time before I could play any of his music. Now I put on an album and it takes me back and puts a big smile on my face. 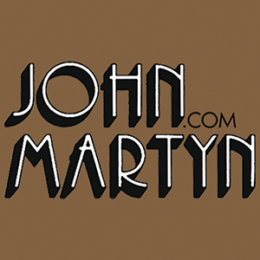 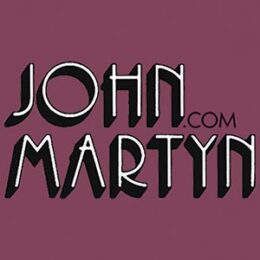